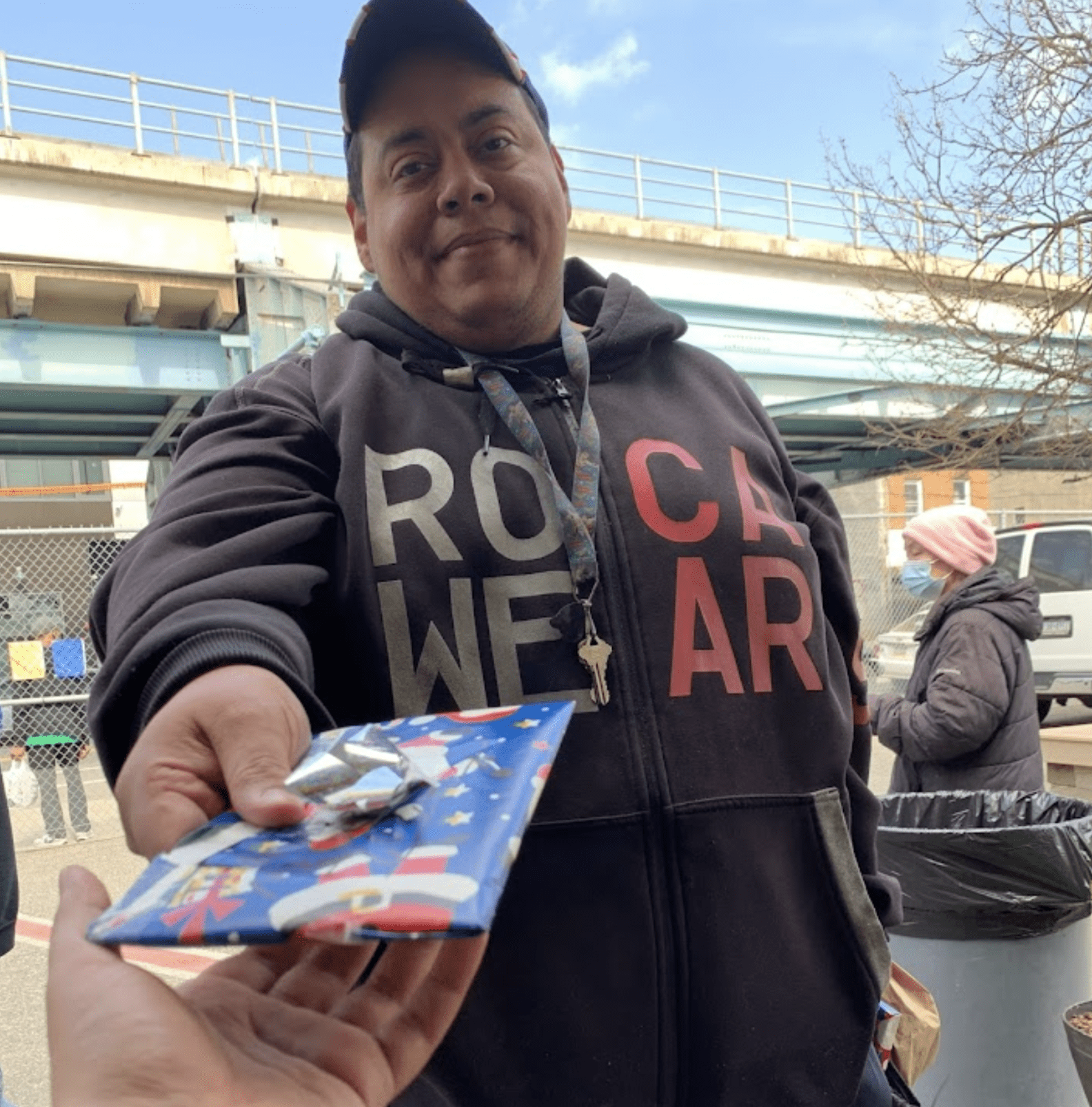 Working at St Francis Inn, you get to see a lot of diverse guests dine in. Some guests come every day and you get to learn their names and their stories. Some guests, you learn their names because they are truly needy and are ringing the bell every day asking for something. Some guests have a nickname that was once given to them by staff (most likely by Fr Michael). But there is one special guest who, once he gets comfortable around you, will give you a nickname. After you have earned a nickname you have officially earned his friendship. Here is my story of how Mr. Jose nicknames me Sumo Wrestler Dan.

When we first started volunteering, we were kindly advised that Mr. Jose can be a tough guest to deal with, something he knows about himself. It is mostly because he has various episodes of frustration and can talk your ear out the whole meal. But for me, it wasn’t always like that. When Mr. Jose and I first saw each other he didn’t seem to want anything to do with me. He always ignored me and walked right past me as he angrily muttered his daily frustrations. These frustrations range from Danica Patrick to his inability to get a job, or simply because his annoying cousin is in town. There isn’t a day where he doesn’t have something he is upset about. I first questioned, why doesn’t he want to talk to me? I then came to the conclusion that I can come off as a big scary guy.

After a few kind interactions on my part he started to slowly come up to me and say “Hey Buddy!” and proceed to talk about something he watched on TV. It was mostly references to old cartoons, old scary movies; mostly Godzilla or the Loch Ness monster, or old WWE wrestling characters. At first, it was hard for me to find the patience to stand there and listen to him talk about non-relatable topics for over 20 minutes. But after realizing that many would find any way to escape from his lengthy conversations, I wanted to challenge myself to be the listening ear that he needs.

Doing this at first was not easy. Limiting his phone conversations and controlling his anger rants were hard. Finding ways for him to calm down but most importantly listen to me was challenging. But after time I found the right cards to play in each conversation. Knowing how to change Mr. Jose’s mood from angry to joyful has only been mastered by a few. But I will say it is rewarding because once you get him in a good mood, he turns into a funny guy. His laugh and smile are something that brings me pure joy. It lets me know that I have cracked his angry shell and brought out the funny guy that is actually enjoyable to be around and not someone people try to avoid.

After a few weeks of being his “Buddy”, he started to bring me what I call, investment gifts. He would give me a little present that he bought and wrapped at Family Dollar and ask for a gift in return. I honestly don’t mind his little gift exchanges but sometimes he can get a bit demanding and I have to tell him I can’t get what he is asking for. After a few gift exchanges, I was finally given the nickname Sumo Wrestler Dan because we always joke about becoming WWE wrestlers together.

I am one of the few people that actually looks forward to talking to Mr. Jose each day as he always has something interesting to talk about or a weird thing to be mad about. Our conversations will be something I cherish forever. Asking Mr. Jose for the picture of him giving me a gift was a true treasure as he hates getting his picture taken, but his permission and smile was the true gift.